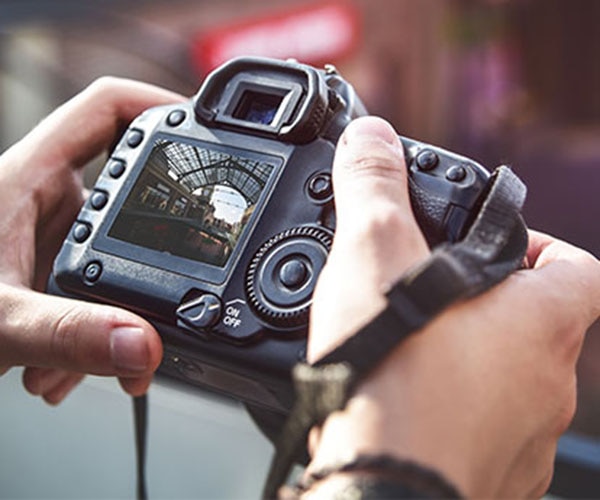 Want to Improve Your
Photography Skills?

Want to Improve Your Photography Skills?

More from History’s Vault See all 10

Joel Sartore is a professional photographer and a regular contributor to National Geographic magazine. His assignments have taken him to some of the world's most beautiful and challenging environments and have brought him face to face with a diversity of wildlife in all 50 U. S. states and all seven continents. He was recently named a National Geographic Fellow for his work on The Photo Ark, a multiyear project to document the world's biodiversity in studio portraits (see www.joelsartore.com and photoark.com). His photograph of a lion in a tree was voted the best picture by National Geographic magazine in 2011, and also won him a 2012 Veolia Environment award for wildlife photography. In addition to his work for National Geographic, Mr. Sartore has contributed to some of the most prestigious and widely read publications, including Audubon Magazine, Time, Life, Newsweek, and Sports Illustrated. Mr. Sartore and his work have been the subject of national broadcasts such as National Geographic Explorer, NBC Nightly News, NPR's Weekend Edition, and an hour-long PBS documentary, At Close Range. He is also a regular contributor to CBS's Sunday Morning with Charles Osgood. A noted author and public lecturer on photography to audiences around the world, Mr. Sartore has written several books that highlight his craft and his work. Among these are RARE: Portraits of America's Endangered Species, Photographing Your Family, and Nebraska: Under a Big Red Sky.

Bob Krist is an award-winning photographer whose regular assignments for magazines such as National Geographic Traveler, Smithsonian, and Islands have taken him to all seven continents. Mr. Krist’s work has won awards in the Pictures of the Year International, Communication Arts, and World Press Photo competitions. He was named Photographer of the Year by the Society of American Travel Writers in 1994, 2007, and 2008. Mr. Krist’s books include the New York Times best seller, In Tuscany, a collaboration with author Frances Mayes that features 270 pages of his photographs. He is also the author of Spirit of Place: The Art of the Traveling Photographer, and he provided photography for the books Caribbean; Portrait of the Caribbean; Lowcountry: From Charleston to Savannah; A Photo Tour of New York; and Impressions of Bucks County. Mr. Krist is a Sony Artisan of Imagery and an avid filmmaker who shoots and produces short travel films for a variety of clients, including National Geographic. His movie about Iceland, A Thousand Autumns, won awards at the Johns Hopkins Film Festival, the Reykjavík International Film Festival, and the Trento Film Festival.

Annie Griffiths has photographed in nearly 150 countries during her illustrious career and worked on dozens of magazine and book projects for National Geographic. Her books include A Camera, Two Kids, and a Camel: My Journey in Photographs, a memoir about balance and the joy of creating a meaningful life, and National Geographic Simply Beautiful Photographs, which was named the top photo/art book of 2011 by both Amazon and Barnes & Noble. In addition to her magazine work, Ms. Griffiths is the Executive Director of Ripple Effect Images, a collective of photographers who document programs that empower women and girls in the developing world, especially as they deal with the devastating effects of climate change. Known for her warmth and humor as a lecturer, Ms. Griffiths has the innate ability to share stories from her photographs that bring to life both the people and the cultures she documents. Learn more about her work at http://www.anniegriffiths.com/about/.

Michael Yamashita is a 30-year award-winning veteran of National Geographic and has photographed a vast range of topics and locations, most notably in Asia. He has traipsed with camels across the Taklimakan Desert, scaled peaks in Tibet, and journeyed the length of the Great Wall. He has published more than 30 National Geographic magazine features, as well as 10 books. He also has two documentary films to his credit, Marco Polo: The China Mystery Revealed and Treasure Fleet: The Adventures of Zheng He. His most recent book, Shangri-La: Along the Tea Road to Lhasa, took him to the far reaches of western China and the Himalayas to capture the fast-disappearing ancient culture of Tibet. Mr. Yamashita has taught at major photo workshops and art centers, including the Maine Media Workshops, Santa Fe Photographic Workshops, Tuscany Photo Workshop, and Palm Beach Photographic Centre. He also has conducted hands-on workshops in such far-flung locales as Myanmar, Cambodia, Thailand, Singapore, Taiwan, and China. His work is online at http://www.michaelyamashita.com

Over 11,000 video lectures on Science, History, Travel, Wellness, Professional Development, and much more.

Brilliant, award-winning professors from the Ivy League and other top schools from around the world.

No Homework, No Pressure, No Tests

Learn on your own time, without the pressure of classes to attend or a schedule to stick to. It's the best way to learn!

Watch on your Laptop, Tablet, Phone, or TV

Free Apps for iOS, Android, Kindle Fire, and Roku mean you can Plus wherever you go!

Explore Science, Travel, Languages, Math, Cooking, And So Much More!