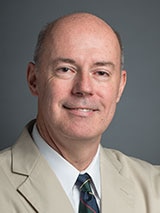 “The ideal language learner is a motivated student who is unafraid to make mistakes. Motivation leads to a high level of engagement with the language, and accepting errors as a natural part of the language learning process helps students keep working toward proficiency even when things get difficult.”

Dr. Bill Worden is an Associate Professor of Spanish at The University of Alabama. He received his A.B. in Mathematics from Dartmouth College, his M.A. in Spanish from Middlebury College and his Ph.D. in Hispanic Studies from Brown University. Since 2002, Dr. Worden has taught a wide variety of courses at The University of Alabama, ranging from Introductory Spanish and Advanced Grammar and Composition to undergraduate and graduate courses in 16th- and 17th-century Spanish literature. Dr. Worden’s main area of research is the work of Miguel de Cervantes, especially his novel Don Quixote. Dr. Worden has published in the fields of early modern Spanish literature, colonial Cuban theater, and 19th-century Spanish literature. He has also published on pedagogical topics, including how to teach Spanish at the middle school and high school levels, and has lectured on approaches for helping beginning language students become comfortable speaking Spanish. Dr. Worden was awarded the David and Ruth Kossoff Prize for Leadership in Language Teaching by the Department of Hispanic Studies at Brown University, as well as the Presidential Award for Excellence in Teaching by the Graduate School at Brown. In 2013, the Alabama Association of Foreign Language Teachers selected Dr. Worden as the winner of the annual Outstanding Foreign Language Teacher Award for Postsecondary.