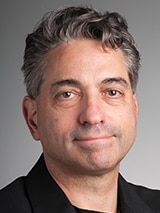 “ If you're like most of my students at the University of Washington, it's likely that when you think about "learning to draw" you’re thinking about being able to do this: get the proportions right; get the things to sit on the table; maybe even draw a group of figures...from your imagination.”

Professor David Brody has been a Professor of Painting and Drawing at the University of Washington in Seattle since 1996. He did undergraduate work at Columbia University and Bennington College and received his graduate degree in painting from Yale University in 1983. Professor Brody has lectured or been a visiting critic at Carnegie Mellon University, the Massachusetts Institute of Technology, The University of Chicago, Harvard University, Capital Normal University in Beijing, and the China Art Academy in Hangzhou. Professor Brody’s paintings and drawings have been shown in close to 100 exhibitions in the United States and Europe. These include solo shows at Gallery NAGA in Boston, the Esther Claypool Gallery in Seattle, Gescheidle in Chicago, and Galeria Gilde in Portugal. His work has also been shown at the ARCO Art Fair in Madrid, the RipArte Art Fair in Rome, the Trevi Flash Art Museum, the FAC Art Fair in Lisbon, and Art Chicago in the United States. Professor Brody’s work has been published and written about in two monographs and in many articles and reviews. Art in America concluded, “A highly intelligent artist … Brody is absolutely serious about technique. An emphasis on fine drawing, delicate surfaces, and careful considerations of color and light informs all his pictures.” Professor Brody has received numerous awards. He’s been both a Fulbright Scholar and a Guggenheim Fellow, received the Basil H. Alkazzi Award for Excellence in Painting, and was awarded Royalty Research Fund grants and Milliman Endowment for Faculty Excellence awards at the University of Washington.