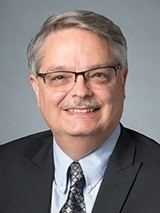 “There are so many clues from physics that are staring at us in the face. They are telling us something profound.”

Don Lincoln is a Senior Scientist at Fermi National Accelerator Laboratory (Fermilab). He is also a Guest Professor of High Energy Physics at the University of Notre Dame. He received his Ph.D. in Experimental Particle Physics from Rice University. Dr. Lincoln’s research has been divided between Fermilab’s Tevatron Collider, until its close in 2011, and the CERN Large Hadron Collider, located outside Geneva, Switzerland. The author of more than 1,000 scientific publications, his most noteworthy accomplishments include serving on the teams that discovered the top quark in 1995 and confirmed the Higgs boson in 2012. He is a fellow of the American Physical Society and the American Association for the Advancement of Science. His writing at a popular level includes many articles as well as four books: Understanding the Universe, The Quantum Frontier, The Large Hadron Collider, and Alien Universe. His enthusiasm for science education earned him the 2013 Outreach Prize from the High Energy Physics Division of the European Physical Society. Dr. Lincoln has given hundreds of lectures on four continents to a broad range of audiences. He is a blogger for the website of the PBS television series NOVA, and he also writes a weekly column for the online periodical Fermilab Today.