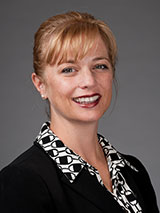 “Every turning point in the medieval world discussed in these lectures shifted the flow of the river of history, bringing us ever closer to the modern world.”

Also By This Professor See all 7