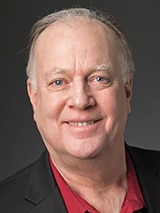 James Scott Bell is an award-winning novelist and writing instructor. He is a winner of the International Thriller Writers Award and the author of the #1 best-selling book on writing, Plot & Structure: Techniques and Exercises for Crafting a Plot That Grips Readers from Start to Finish. He received his BA in Film Studies from the University of California, Santa Barbara, where he studied writing with Raymond Carver, and his JD with honors from the University of Southern California Gould School of Law. A former trial lawyer, Mr. Bell now writes and speaks full time. Mr. Bell is a prolific author. His works include the Mike Romeo thriller series (Romeo’s Rules, Romeo’s Way, Romeo’s Hammer, and Romeo’s Fight), the Ty Buchanan legal thriller series (Try Dying, Try Darkness, and Try Fear), and the novels Your Son Is Alive, Don’t Leave Me, Blind Justice, and Final Witness. He has written several popular writing books, including Just Write: Creating Unforgettable Fiction and a Rewarding Writing Life; Conflict and Suspense; and The Art of War for Writers: Fiction Writing Strategies, Tactics, and Exercises. Mr. Bell has also published How to Write Dazzling Dialogue: The Fastest Way to Improve Any Manuscript; Write Your Novel from the Middle: A New Approach for Plotters, Pantsers and Everyone in Between; Super Structure: The Key to Unleashing the Power of Story; How to Write Pulp Fiction; and How to Make a Living as a Writer. Mr. Bell served as a fiction columnist for Writer’s Digest. He has taught novel writing at Pepperdine University as well as in writing seminars across the United States and many parts of the world, including Australia, New Zealand, Canada, and the United Kingdom.