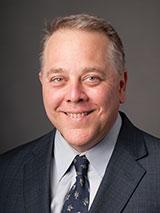 “It may seem monomaniacal, but I teach about food, I write about food, I love to cook, I read about food for leisure—what better recipe is there for happiness than to make work and play completely seamless? ”

Dr. Ken Albala is Professor of History at the University of the Pacific in Stockton, California, where he teaches food history and the history of early modern Europe. He is also a Visiting Professor at Boston University, where he teaches an advanced food history course in the gastronomy program. He earned an M.A. in History from Yale University and a Ph.D. in History from Columbia University. Professor Albala is the author or editor of 16 books on food. His four-volume Food Cultures of the World Encyclopedia was published in 2011. He is also coeditor of the journal Food, Culture & Society and general editor of the series AltaMira Studies in Food and Gastronomy, for which he has written a textbook titled Three World Cuisines: Italian, Mexican, Chinese, which won the 2013 Gourmand World Cookbook Award for Best Foreign Cuisine Book in the World. In 2009, he won the Faye and Alex G. Spanos Distinguished Teaching Award at the University of the Pacific. Other books include Eating Right in the Renaissance; Food in Early Modern Europe; Cooking in Europe, 1250-1650; The Banquet: Dining in the Great Courts of Late Renaissance Europe; and the award-winning Beans: A History. He also coedited Food and Faith in Christian Culture and A Cultural History of Food in the Renaissance, among other books.