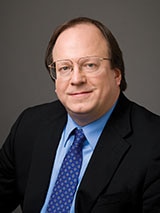 “The more you know and understand the natural world, the greater will be your love and appreciation for it.”

Dr. Michael E. Wysession is Associate Professor of Earth and Planetary Sciences at Washington University in St. Louis. Professor Wysession earned his Sc.B. in Geophysics from Brown University and his Ph.D. from Northwestern University. An established leader in seismology and geophysical education, Professor Wysession is noted for his development of a new way to create three-dimensional images of Earth's interior from seismic waves. These images have provided scientists with insights into the makeup of Earth and its evolution throughout history. Professor Wysession is the coauthor of An Introduction to Seismology, Earthquakes, and Earth Structure; the lead author of Physical Science: Concepts in Action; and the primary writer for the texts Earth Science, Earth's Interior, Earth's Changing Surface, and Earth's Waters. Professor Wysession received a Science and Engineering Fellowship from the David and Lucille Packard Foundation, a National Science Foundation Presidential Faculty Fellowship, and fellowships from the Kemper and Lily Foundations. He has received the Innovation Award of the St. Louis Science Academy and the Distinguished Faculty Award of Washington University. In 2005, Professor Wysession had a Distinguished Lectureship with the Incorporated Research Institutions for Seismology and the Seismological Society of America. In 2014, Wysession received the inaugural Ambassador Award of the American Geophysical Union.