Introducing You to A World of Learning

USE PROMO CODE: FREEMO | AT CHECKOUT

Great Courses in Partnership with Smithsonian

More from History’s Vault See all 7

Dr. Neil deGrasse Tyson is the Frederick P. Rose Director of the Hayden Planetarium at the American Museum of Natural History in New York. He is also a research associate in the Department of Astrophysics at the museum. Professor Tyson earned his undergraduate degree in Physics from Harvard University and his Ph.D. in Astrophysics from Columbia University. Dr. Tyson has written prolifically for the public, including a series of essays in Natural History magazine on which his previous Great Course, My Favorite Universe, is based. His books include Space Chronicles: Facing the Ultimate Frontier; a memoir, The Sky is Not the Limit: Adventures of an Urban Astrophysicist; and One Universe: At Home in the Cosmos (coauthored with Charles Liu and Robert Irion), winner of the 2001 American Institute of Physics Science Writing Award to a Scientist. Dr. Tyson is host of The Cosmos, a science documentary series televised on the Fox network, and former host of the PBS television series NOVA scienceNOW. His contributions to the public appreciation of the cosmos have been recognized by the International Astronomical Union in their official naming of asteroid "13123 Tyson."

Dr. Aniruddh D. Patel is a Professor of Psychology at Tufts University. He received his Ph.D. in Organismic and Evolutionary Biology from Harvard University, where he studied with Edward O. Wilson and Evan Balaban. His research focuses on the cognitive neuroscience of music. Prior to arriving at Tufts, Professor Patel was the Esther J. Burnham Senior Fellow at The Neurosciences Institute, a scientific research organization founded by the late Nobel laureate Gerald M. Edelman. Professor Patel is the author of Music, Language, and the Brain, which won a Deems Taylor Award from the American Society of Composers, Authors and Publishers (ASCAP) in 2008. In 2009, he received the Music Has Power Award from the Institute for Music and Neurologic Function in New York City. Between 2009 and 2011, Professor Patel served as President of the Society for Music Perception and Cognition. He is an active speaker, having given many popular talks as well as scientific lectures. A major contributor to his field, his research has been reported in such publications as The New York Times, New Scientist, and Discover magazine and on National Public Radio. He has appeared in science documentaries, including The Music Instinct, which aired on PBS.

Dr. David Kung is Professor of Mathematics at St. Mary's College of Maryland. He earned his B.A. in Mathematics and Physics and his Ph.D. in Mathematics from the University of Wisconsin, Madison. Professor Kung's musical education began at an early age with violin lessons. As he progressed, he studied with one of the pioneers of the Suzuki method and attended the prestigious Interlochen music camp. While completing his undergraduate and graduate degrees in mathematics, he performed with the Madison Symphony Orchestra. Professor Kung's academic work focuses on mathematics education. Deeply concerned with providing equal opportunities for all math students, he has led efforts to establish Emerging Scholars Programs at institutions across the country. His numerous teaching awards include the Homer L. Dodge Award for Excellence in Teaching by Junior Faculty, given by St. Mary's College, and the John M. Smith Teaching Award, given by the Maryland-District of Columbia-Virginia Section of the Mathematical Association of America. Professor Kung's innovative classes, including Mathematics for Social Justice and Math, Music, and the Mind, have helped establish St. Mary's as one of the preeminent liberal arts programs in mathematics. In addition to his academic pursuits, Professor Kung continues to be an active musician, playing chamber music with students and serving as the concertmaster of his community orchestra.

Dr. Mark J. Ravina is Professor of History at Emory University, where he has taught since 1991. He received his A.B. from Columbia University and his M.A. and Ph.D. from Stanford University. He has been a visiting professor at Kyoto University’s Institute for Research in Humanities and a research fellow at Keio University and the International Research Center for Japanese Studies. He has also received research grants from the Fulbright Program, the Japan Foundation, the Academy of Korean Studies, and the Association for Asian Studies. Professor Ravina has published extensively in early modern Japanese history, with a particular focus on the transnational and international aspects of political change. He has also published research on Japanese and Korean popular culture, Japanese economic thought, and the history of science. As a public intellectual, he has appeared on CNN, CNN International, NPR, and The History Channel. A former director of the East Asian Studies Program at Emory University, Professor Ravina has also served as president of the Southeast Conference of the Association for Asian Studies. In addition, he is on the editorial board of The Journal of Asian Studies. Professor Ravina’s books include The Last Samurai: The Life and Battles of Saigo Takamori and Land and Lordship in Early Modern Japan.

Dr. Richard Kurin is the Smithsonian’s Under Secretary for History, Art, and Culture. In this position, he oversees most of the Smithsonian’s national museums, libraries, and archives, as well as several of its research and outreach programs. Dr. Kurin holds a B.A. in Anthropology and Philosophy from the University at Buffalo—The State University of New York. He earned both his M.A. and his Ph.D. in Anthropology from the University of Chicago. Dr. Kurin has worked at the Smithsonian for almost four decades, starting with the Bicentennial of the United States in 1976. For decades he directed the Smithsonian’s Center for Folklife and Cultural Heritage, representing the diversity of America’s cultural traditions at the Smithsonian Folklife Festival on the National Mall, in Folkways recordings and other publications. He has produced programs on American history and culture for several presidential inaugurations and for the Olympics, as well as the National World War II Reunion for the opening of the World War II Memorial. Before becoming Under Secretary, Dr. Kurin directed the Smithsonian’s National Programs, sending exhibitions and educational offerings across the United States. Dr. Kurin has served on the U.S. National Commission for UNESCO, and drafted an international treaty on safeguarding the world’s living cultural heritage. He represents the Smithsonian on the President’s Committee on the Arts and the Humanities, as well as the White House Historical Association. He has been awarded the Smithsonian Secretary’s Gold Medal for Exceptional Service and numerous other honors. Dr. Kurin has taught at the Johns Hopkins School of Advanced International Studies and frequently lectures at The George Washington University, as well as at universities and museums across the country and around the world. He regularly blogs for Smithsonian magazine and Smithsonian Journeys, has given hundreds of speeches, and has appeared on numerous television and radio programs. \r\nDr. Kurin is the author of scores of scholarly articles and several books, including Hope Diamond: The Legendary History of a Cursed Gem; Reflections of a Culture Broker: A View from the Smithsonian; and Smithsonian Folklife Festival: Culture of, by, and for the People. His latest book is The Smithsonian’s History of America in 101 Objects, a national bestseller that provides the basis for this Great Course

The University of North Carolina at Chapel Hill

The University of Oklahoma

Daniel Cobb is an Associate Professor of American Studies at The University of North Carolina, Chapel Hill. He achieved a B.A. in History with a Sociology minor from Messiah College, where he graduated cum laude; a M.A. in History from the University of Wyoming; and a Ph.D. in History from the University of Oklahoma. He served as the assistant director of the Newberry Library’s D’Arcy McNickle Center for American Indians and Indigenous Studies from 2003–2004 and as Assistant Professor of History at Miami University in Oxford, Ohio, from 2004–2010. An engaged scholar, Professor Cobb has collaborated with tribal communities, worked with elementary and secondary school teachers, and served as a consultant on public history for a consortium of the nation’s leading museums. Professor Cobb was twice awarded the Commendation for Influence on Students from the Center for the Enhancement of Learning, Teaching, and University Assessment at Miami University and received the Tanner Award for Excellence in Undergraduate Teaching at the University of North Carolina in 2012. His publications include Native Activism in Cold War America: The Struggle for Sovereignty, which won the inaugural Labriola Center American Indian National Book Award, and Say We Are Nations: Documents of Politics and Protest in Indigenous America since 1887. Among his other works are the coedited volumes Beyond Red Power: American Indian Politics and Activism since 1900 and Memory Matters and a revised and updated fourth edition of William T. Hagan’s classic American Indians.

No Homework, No Tests,
No Pressure 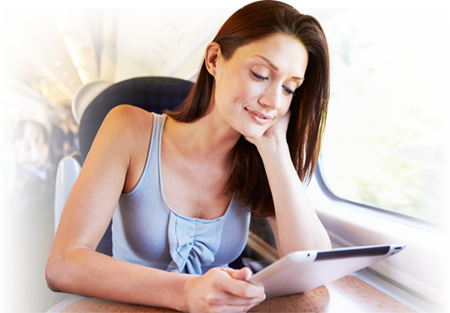 These spell-binding lectures open up new worlds for all to learn and enjoy.
Gloria Morgan
Tom’s River, New Jersey
Great material, excellent professors. It doesn’t get any better than this.
Kat Felix
Littleton, Colorado
I enjoy learning but hate tests and homework. This is a great way to learn.
Joy Aquino
Lincoln, MT