Learn from the World’s Greatest Professors 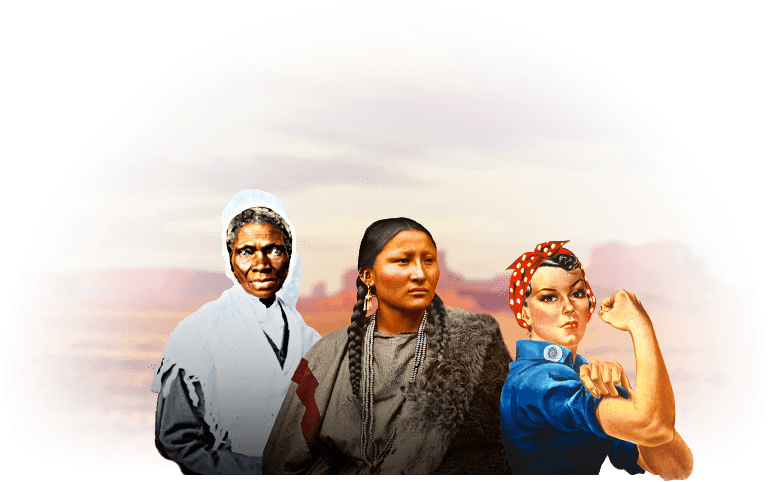 Annie Griffiths has photographed in nearly 150 countries during her illustrious career and worked on dozens of magazine and book projects for National Geographic. Her books include A Camera, Two Kids, and a Camel: My Journey in Photographs, a memoir about balance and the joy of creating a meaningful life, and National Geographic Simply Beautiful Photographs, which was named the top photo/art book of 2011 by both Amazon and Barnes & Noble. In addition to her magazine work, Ms. Griffiths is the Executive Director of Ripple Effect Images, a collective of photographers who document programs that empower women and girls in the developing world, especially as they deal with the devastating effects of climate change. Known for her warmth and humor as a lecturer, Ms. Griffiths has the innate ability to share stories from her photographs that bring to life both the people and the cultures she documents. Learn more about her work at http://www.anniegriffiths.com/about/.

Dr. Mimi Guarneri is board-certified in cardiology, internal medicine, nuclear medicine, and holistic medicine. She earned her medical degree from The State University of New York Downstate Medical Center, where she graduated first in her class. She completed her internship and residency at New YorkñPresbyterian Hospital/Weill Cornell Medical Center, and held cardiology fellowships at New York University Langone Medical Center and the Scripps Clinic in La Jolla, California. While serving as an attending physician in interventional cardiology at the Scripps Clinic, Dr. Guarneri recognized the need for a more comprehensive and holistic approach to cardiovascular disease. As a result, she founded the Scripps Center for Integrative Medicine, where she uses state-of-the-art cardiac imaging technology and lifestyle-change programs to prevent, diagnose, and treat cardiovascular disease. In recognition of her leadership in the field of integrative medicine, Dr. Guarneri received the Linus Pauling Functional Medicine Lifetime Achievement Award in 2012 and the Bravewell Physician Leadership Award for Integrative Medicine in 2011. She was recently elected president of the American Board of Integrative and Holistic Medicine and is a fellow of the American College of Cardiology, Alpha Omega Alpha, and the American Medical Women's Association. She is also a diplomate of the American Board of Holistic Medicine. Dr. Guarneri has authored several articles that have appeared in professional journals such as the Journal of Echocardiography and the Annals of Internal Medicine. She is also the author of The Heart Speaks, a collection of stories from heart patients who have benefited from integrative medicine approaches. The Heart Speaks and her clinical work have been featured on NBC's Today show and PBS's To the Contrary and Full Focus. Her work was also featured in a two-part PBS documentary, The New Medicine.

Professor Melanie Martin Long is a professional theatre director, private performance coach, and part-time Assistant Professor of Acting and Directing. A Phi Beta Kappa graduate of The College of William & Mary in Theatre and English, Professor Long holds a certificate from the Alliance Theatre Acting Program in Atlanta and a Master of Fine Arts in Directing from the University of Minnesota in Minneapolis. She completed further theatrical studies as a Dunn Peace Research Scholar to South Africa and as an assistant director to Joe Dowling at the Guthrie Theater in Minneapolis. \r\nProfessor Long has directed productions ranging from classics such as Hamlet, The Tempest, and A Midsummer Night’s Dream, to her original adaptation of the Gabriel García Márquez short story A Very Old Man with Enormous Wings for the Lincoln Center Theater Directors Lab. As a performer, Professor Long has appeared on various Atlanta stages, including the Alliance Theatre, Theatrical Outfit, and Theatre Gael.\r\nProfessor Long’s publications include two annotations of Shakespeare (The Tempest and Julius Caesar) for Teacher’s Discovery and the book and lyrics for The Frog Prince with composer James Woodward. \r\nProfessor Long has received numerous awards, including the Ken Bryant Outstanding Directing Award, three Lotta M. Crabtree Theatrical Trust Awards, and multiple Certificates of Merit for directing from the Kennedy Center American College Theater Festival.

Dr. Monisha Pasupathi is Associate Professor of Psychology at the University of Utah. She holds a Ph.D. in Psychology from Stanford University. She joined the faculty at Utah in 1999 after completing a postdoctoral fellowship at the Max Planck Institute for Human Development in Germany. Professor Pasupathi has been honored multiple times for her teaching. She was named Best Psychology Professor by her university's chapter of Psi Chi, the National Honor Society in Psychology. Psi Chi also awarded her the Outstanding Educator Award and Favorite Professor Award. Professor Pasupathi's research focuses on how people of all ages learn from their experiences, particularly through storytelling. She is coeditor of Narrative Development in Adolescence: Creating the Storied Self, and her work has been published widely in scholarly journals.

Jodi Cobb’s groundbreaking career spans more than three decades as a staff photographer with National Geographic, one of only four women to have held that position in the magazine’s history. She has worked in more than 65 countries, documenting closed societies and disappearing cultural traditions. Ms. Cobb is perhaps best known as the first photographer to document the secret lives and rituals of the geisha, revealed in her book Geisha: The Life, the Voices, the Art. The book was nominated for the Pulitzer Prize and won the American Society of Media Photographers Outstanding Achievement Award. In another first, Ms. Cobb provided an unflinching look at the brutal reality of human trafficking in the National Geographic story “21st-Century Slaves.” Featured as one of National Geographic’s Women of Vision in a new book and exhibition, Ms. Cobb has repeatedly received National Press Photographers Association Pictures of the Year and World Press awards. In 2012, she was awarded one of journalism’s most prestigious honors, the Missouri Honor Medal for Distinguished Service in Journalism. Learn more about Ms. Cobb at http://www.jodicobb.com'

National Geographic Explorer-in-Residence and Marine Conservationist\r\nNational Geographic Explorer-in-Residence Dr. Sylvia A. Earle is an oceanographer, explorer, author, and lecturer. She earned her bachelor’s from Florida State University and holds an M.S. and a Ph.D. from Duke University, as well as 26 honorary degrees. Formerly chief scientist of the National Oceanic and Atmospheric Administration, Dr. Earle is the founder of Deep Ocean Exploration and Research, founder of Mission Blue and SEAlliance, and chair of the advisory councils of the Harte Research Institute and Ocean in Google Earth. She has authored more than 210 scientific, technical, and popular publications; lectured in more than 90 countries; and appeared in hundreds of radio and television productions.\r\nDr. Earle has also led more than 100 expeditions and logged more than 7,000 hours under water, including leading the first team of women aquanauts during the Tektite project in 1970, participating in 10 saturation dives, and setting a record for solo diving in 1,000-meter depth. Her research concerns marine ecosystems, with special reference to exploration, conservation, and the development and use of new technologies for access and effective operations in the deep sea and other remote environments. Dr. Earle’s focus is on developing a global network of areas on the land and in the ocean to safeguard the living systems that provide the underpinnings of global processes.

More from History’s Vault See all 9