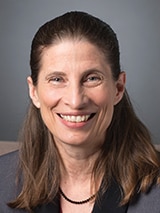 “The contemporary world shares a great deal with the Mesopotamians. And this is because they created many institutions that still exist today.”

Amanda H. Podany is a Professor of History at California State Polytechnic University, Pomona, where she has taught since 1990. She earned her M.A. in the Archaeology of Ancient Western Asia from the University of London and her Ph.D. in Ancient Near Eastern History from the University of California, Los Angeles (UCLA). Professor Podany’s research specialties include the Hana kingdom in present-day Syria as well as legal practices and international relations in the ancient Near East. Currently she is working on a study of the relationships between kings and their subjects in the Late Bronze Age. In 2013, she received a research fellowship from the National Endowment for the Humanities. Her books include The Ancient Near East: A Very Short Introduction, The Land of Hana: Kings, Chronology, and Scribal Tradition, and the award-winning Brotherhood of Kings: How International Relations Shaped the Ancient Near East. Her efforts in providing professional development for teachers have earned her a certificate of recognition from the California Department of Education.