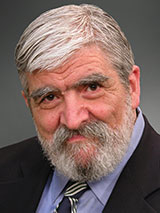 “Developments in philosophy are chiefly in the form of greater clarity, an ever more refined sense of just what makes the problem problematic. If ignorance is not thereby totally overcome, at least it is exposed.”

Dr. Daniel N. Robinson is a member of the philosophy faculty at Oxford University, where he has lectured annually since 1991. He is also Distinguished Professor, Emeritus, at Georgetown University, on whose faculty he served for 30 years. He was formerly Adjunct Professor of Psychology at Columbia University, and he also held positions at Amherst College and at Princeton University.\r\n\r\nProfessor Robinson earned his Ph.D. in Neuropsychology from City University of New York. \r\n\r\nHe is past president of two divisions of the American Psychological Association: the Division of History of Psychology, from which he received the Lifetime Achievement Award, and the Division of Theoretical and Philosophical Psychology, from which he received the Distinguished Contribution Award. \r\n\r\nProfessor Robinson is author or editor of more than 40 books, including Wild Beasts & Idle Humours: The Insanity Defense from Antiquity to the Present, An Intellectual History of Psychology, The Mind: An Oxford Reader, and Aristotle’s Psychology. He is former editor of the Journal of Theoretical and Philosophical Psychology. Dr. Robinson has also published widely on the constitutional history of the U.S. and its philosophical foundations, with original research appearing in the International Journal of Constitutional Law and The American Journal of Jurisprudence. He is coeditor of The American Founding: Its Intellectual and Moral Framework (London: Continuum, 2012).\r\n