David Brakke, Joe R. Engle Chair in the History of Christianity and Professor of History 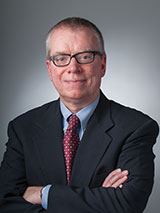 David Brakke, Joe R. Engle Chair in the History of Christianity and Professor of History

“What the people we will study would want us to do is to read their texts, to consider with open minds what they teach us, and—just possibly—to pursue our own quests for the truth about God and ourselves—that is, to seek our own gnosis.”

Professor David Brakke is the Joe R. Engle Chair in the History of Christianity and Professor of History at The Ohio State University. He received his B.A. in English from the University of Virginia, his M.Div. from Harvard Divinity School, and his Ph.D. in Religious Studies from Yale University. He taught for 19 years in the Department of Religious Studies at Indiana University.\r\nProfessor Brakke has published extensively on the history and literature of ancient Christianity, especially Egyptian Christianity, early monasticism, the formation of the biblical canon, and Gnosticism. His books include The Gnostics: Myth, Ritual, and Diversity in Early Christianity; Demons and the Making of the Monk: Spiritual Combat in Early Christianity; and Introduction to Christianity, with Mary Jo Weaver. He has co-edited six volumes of scholarly essays and contributed nearly 40 articles to professional journals and volumes. From 2005 to 2015, he served as editor of the Journal of Early Christian Studies.\r\nAt Indiana University, Professor Brakke received recognition for his teaching and research, including the Outstanding Junior Faculty Award. He has held several important fellowships, including ones from the National Endowment for the Humanities and the Alexander von Humboldt Foundation. He is currently preparing a revised edition of Bentley Layton’s The Gnostic Scriptures.