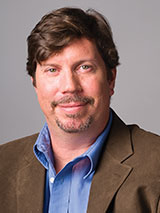 “In my own experience as an explorer, it’s almost always the case that the locals knew where lost places were all along. The discoverer is just the first person to ask the right questions.”

Dr. Edwin Barnhart is director of the Maya Exploration Center. He holds a Ph.D. from the University of Texas at Austin and has over 20 years of experience in North, Central, and South America as an archaeologist, explorer, and instructor. In 1994, Professor Barnhart discovered the ancient city of Maax Na (Spider-Monkey House), a major center of the Classic Maya period in northwestern Belize. In 1998 he was invited by the Mexican government to direct the Palenque Mapping Project, a three-year effort to survey and map the unknown sections of Palenque's ruins. The resultant map has been celebrated as one of the most detailed and accurate ever made of a Maya ruin. In 2003, he became the director of Maya Exploration Center, a nonprofit organization dedicated to the study of ancient Maya civilization. The center leads study-abroad courses for college students and tours for the general public in the ruins of the ancient Americas, among its other research and educational activities. Professor Barnhart has taught archaeology and anthropology at Southwest Texas State University, and currently teaches University of Texas travel courses for college professors on ancient Andean and Mesoamerican astronomy, mathematics, and culture. Over the last 10 years, he has appeared multiple times on the History Channel, the Discovery Channel, and Japanese NHK Public Television. He has published over a dozen papers and given presentations at eight international conferences.