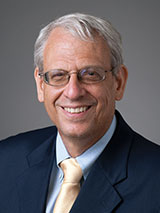 “We will be looking largely at archeological evidence and analysis done by anthropologists because we are operating largely in a world without writing.”

Dr. Kenneth W. Harl is Professor of Classical and Byzantine History at Tulane University in New Orleans, where he teaches courses in Greek, Roman, Byzantine, and Crusader history. He earned his B.A. from Trinity College and his M.A. and Ph.D. from Yale University. Recognized as an outstanding lecturer, Professor Harl has received numerous teaching awards at Tulane, including the coveted Sheldon H. Hackney Award. He has earned Tulane's annual Student Body Award for Excellence in Teaching nine times and is the recipient of Baylor University's nationwide Robert Foster Cherry Award for Great Teachers. In 2007, he was the Lewis P. Jones Visiting Professor in History at Wofford College. An expert on classical Anatolia, he has taken students with him into the field on excursions and to assist in excavations of Hellenistic and Roman sites in Turkey. Professor Harl has also published a wide variety of articles and books, including his current work on coins unearthed in an excavation of Gordion, Turkey, and a new book on Rome and her Iranian foes. A fellow and trustee of the American Numismatic Society, Professor Harl is well known for his studies of ancient coinage. He is the author of Civic Coins and Civic Politics in the Roman East, A.D. 180-275 and Coinage in the Roman Economy, 300 B.C. to A.D. 700.

Also By This Professor See all 6