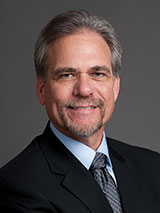 “Most of the important things that happen in life involve our encounters and relationships with other people. I became interested in scientific psychology to help us understand both ourselves and the people with whom we interact.”

Professor Mark Leary is Garonzik Family Professor of Psychology and Neuroscience at Duke University, where he heads the program in Social Psychology and is faculty director of the Duke Interdisciplinary Initiative in Social Psychology. He earned his bachelor's degree in Psychology from West Virginia Wesleyan College and his master's and doctoral degrees in Social Psychology from the University of Florida. He has taught previously at Denison University, The University of Texas at Austin, and Wake Forest University, where he served as department chair. Professor Leary has published 12 books and more than 200 scholarly chapters and articles on topics dealing with social motivation and emotion and the negative effects of excessive egotism and self-focus. He has been particularly interested in the ways in which people's emotions, behaviors, and self-views are influenced by their concerns with other people's perceptions and evaluations of them. Professor Leary's books include Social Anxiety; Self-Presentation: Impression Management and Interpersonal Behavior; The Curse of the Self: Self-Awareness, Egotism, and the Quality of Human Life; Handbook of Self and Identity; and Introduction to Behavioral Research Methods. Based on his scholarly contributions, the Personality and Social Psychology Bulletin designated him among the top 40 social and personality psychologists in the world with the greatest impact. In 2010, he received the Lifetime Career Award from the International Society for Self and Identity. In addition, he was the founding editor of the journal Self and Identity and is currently the editor of Personality and Social Psychology Review. He is a fellow of the Association for Psychological Science, the American Psychological Association, and the Society for Personality and Social Psychology.