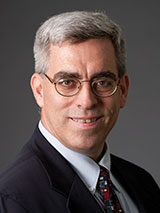 “In over two decades as a teacher, I’ve never experienced anything quite like commitment of The Great Courses to rigor in the course development process and uncompromising production quality in the studio.”

Dr. Stephen Ressler is Professor Emeritus from the United States Military Academy at West Point and a Distinguished Member of the American Society of Civil Engineers (ASCE). A registered Professional Engineer in Virginia, he earned a B.S. from West Point and an M.S. and a Ph.D. in Civil Engineering from Lehigh University, as well as a Master of Strategic Studies from the U.S. Army War College. Professor Ressler's papers on engineering education have won seven Best Paper awards from the American Society for Engineering Education (ASEE). Professor Ressler has also won numerous awards from the ASCE, including the President's Medal and the 2011 Outstanding Projects and Leaders Award-the organization's highest award. His other accolades include the Bliss Medal for Outstanding Contributions to Engineering Education from the Society of American Military Engineers and the Norm Augustine Award for Outstanding Achievement in Engineering Communications from the American Association of Engineering Societies. Professor Ressler served for 34 years as a commissioned officer in the U.S. Army Corps of Engineers and retired at the rank of Brigadier General in 2013. While on active duty, he served in a variety of military engineering assignments around the world. He is also a developer and principal instructor for the Excellence in Civil Engineering Education Teaching Workshop, which has trained more than 500 civil engineering faculty members from more than 200 colleges and universities.